Chief Kevin Dykes, a native of Philadelphia, PA. He was a member of the Pennsylvania State Police from 1981-2001. Upon completion of his training at 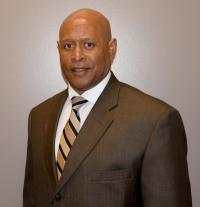 the State Police Academy in Hershey, PA in 1982, he was assigned to Troop J, Avondale, in Chester County, PA.

Chief Dykes has served with the Chester County Detectives since 2001. He was initially assigned to the Drug Unit, where he investigated drug violations. In mid - 2002 he was assigned to the Major Case Unit, where he investigated homicides, violent crimes, and financial crimes. In 2012 he was promoted to the rank of Lieutenant, as 2nd in command, overseeing the day-to-day operations of the Major Case Unit, Drug Organized Crime Unit, Child Abuse Unit and Computer/Crime Scene Forensic Units. In 2016 he was promoted to the rank of Chief, as Chief of the Chester County Detectives.

In June of 2017 Chief Dykes became a graduate of the FBI National Academy, Session 268. With over thirty six years of law enforcement experience, Chief Dykes has obtained a vast amount of experience.